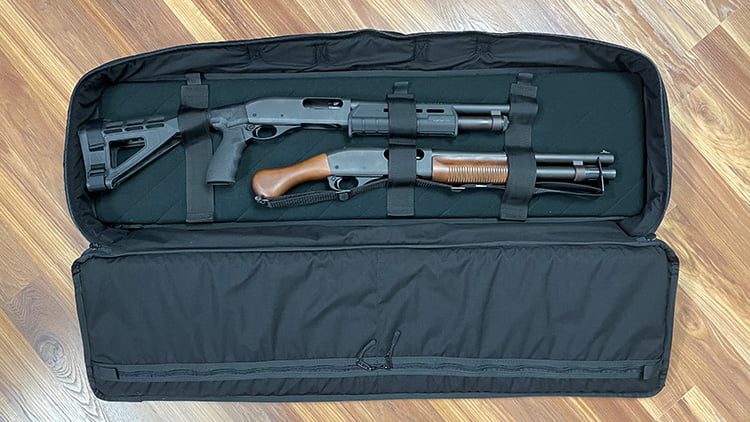 History of the Remington Tac-14

The Remington Tac-14 is originally released in late 2017 and while it hasn’t seen many productions in a few years, namely because of Remington’s bankruptcy and sale, it was a fan favorite upon release and continues to be in demand today.

The Remington Tac-14 really made a splash because it had all of the features of a Short Barrel Shotgun without all of the tax stamps and paperwork.

We will dive into what makes the Tac-14 legal in the next section but we hope that since Remington, now RemArms, is in new hands production of the Tac-14 and Tac-13 will soon pick back up!

Legalities of the Tac-14

So how is the Remington Tac-14 not considered a short barrel shotgun with a 14″ barrel, you ask?

Since the gun was never built with a stock it is not considered a shotgun, thus it cannot be a short barrel shotgun (SBS).

However, the overall length of the shotgun needs to remain longer than 26″ overall or it would fall into the any other weapon or “AOW” category of weapons.

Like SBR’s and SBS’s, AOW’s fall into the preview of the National Firearms Act, better known as the NFA. You can read way more about the NFA, SBR’s, and tax stamps in our Ulitmate Guide to Short Barrel Rifles.

State laws are often wildly different than Federal Law and unfortunately for people living in the Peoples’ Republic of California and New Jersey, you are often left out of the freedom fun.

While we may come back in and dive into states that can’t possess right now we just recommend checking with local authorities on the legality of owning a Remington Tac-14 in your state.

Time to dive in!

The grip of this gun is special for a few reasons.

It takes you back to that infamous scene in the movie Training Day where “the bitch”, which was a Mossberg 500 Crusier, was racked and used to kill poor drug dealing Roger.

But shorty shotguns are nothing new and they are incredibly useful. The grip is the bird’s head style grip. The Tac-14 comes in a few different models. Namely, there is wood furniture and synthetic furniture.

The birdhead grip really makes this gun a comfortable gun to hold in your dominant hand.

However, this isn’t a super-light gun and with all your ammo toward the front of the gun in the magazine tube, you probably won’t be holding this gun one-handed very long.

We will talk about one-handed shooting later in this review.

The action on the Tac-14 is one of the main functions of the gun. It’s how you load the gun with freedom seeds and the main operation of the gun.

The action is actually extremely smooth and overall it’s a positive experience.

The trigger on the Remington Tac-14 is surprisingly good. I’ve never found shotgun triggers to be amazing but for what it is it’s great!

The trigger doesn’t function much like a double-stage trigger. You don’t have much take up at all and the trigger basically starts at the wall.

With that being said it makes for an easy break and easy shooting.

The safety sits behind the trigger at the top of the trigger well. It’s in an okay spot but honestly, it’s not great for this style of gun and how you hold it.

There is no great place for a safety on a gun this small with this type of profile so while I don’t like the placement it does work.

There’s nothing really to report back on the functionality of the safety as it’s just a Remington 870 safety. It’s stiff but does the job.

Depending on how you use this gun you may want a sling to easily carry the gun around.

The gun is extremely compact and can be difficult to carry at times. A sling can be attached to the Tac-14.

The birdshead grip has a sling attachment and you can purchase a front sling mount which I will talk more about in the accessories section.

Accessories for the Tac-14

The nice thing about the Tac-14 is the fact that it’s built from the Remington 870 opens it up to a ton of accessories and custom parts.

If you aren’t a fan of the birdshead grip you’re in luck. A number of companies offer new grips for this gun.

One grip that comes to mind is the Shockwave Raptor Grip these can be easily switched out on your Tac-14 and provide an entirely new ergonomic to the grip of the gun.

You can find them at a number of retailers across the web.

The most popular part of the gun is definitely the forend. You can easily swap them out and there is a number of aftermarket options for forends.

If you get the forend with the Magpul forend one of the most popular accessories is the strap. These are available on Amazon and are a cheap nice upgrade to the gun that allows you to secure your grip on the pump-action.

With the Tac-14 being such an optimal home defense shotgun it makes sense that you would want to be able to see if something goes bump in the night.

There are a number of options for light mounts, even stream makes a forend that has a Streamlight flashlight built right in.

If you are a Surefire fan you’re in luck because they make a forend light for the Tac-14/870 as well!

For the Tac-14 you have a few options for sling attachments. You definitely need two points of contact or at least one point on the grip of the gun if you wanted to single point.

The Remington sling mount is attached to the front of the gun via the magazine tube and allows you to thread a 1-¼” sling into the gun.

The ammo holders for the Tac-14 come in two different forms.

The first and arguability most popular option is shot cards. Shot cards are typically made of nylon and elastic and hold between 2 and 5 additional shotgun shells.

Then you have plastic mounted holders as well that attach in nearly the same spot as the shot cards.

Shooting the Tac-14 is… an adventure to say the least. Time to just be frank.

There is almost nothing to mitigate recoil with this gun. This is straight 12 gauge recoil in full glory.

It’s a wildly fun gun to shoot but in the pistol brace configuration, I definitely don’t want to shoot it all day.

You likely won’t be shooting this gun full extended and will likely be hip firing it more than anything.

Hip firing the gun is relatively comfortable but not accurate at any kind of distance.

High brass 12 gauge buckshot definitely has more recoil than anything I shot that was low brass.

Overall, shooting it was shooting a short Remington 870. I liked it a lot but wouldn’t want to shoot it all day.

Conclusion of the Remington Tac-14 Review

The Tac-14 has its purpose there is no double about it. Is it a range toy or a workhorse?

I see the Tac-14 is a multi-purpose gun but ironically I think it’s more of a home defense or truck gun than it is a range toy.

When I first saw this gun I loved the idea of it. I like the compactness and thought man that will be a fun gun to shoot on the range.

However, when I finally got my hands on it and was able to shoot it I quickly realized it wasn’t a gun I wanted to shoot all day long at the range.

But after shooting it, it dawned on me, this is the perfect backpack/truck/home defense shotgun. It’s compact and easy to store and easy to deploy in close quarters.

If you are looking for something to put hundreds of rounds downrange this may not be your gun. But it may be, depending on how much you like recoil.

Overall, this is a solid gun. It has its place and it functions very well.

Yes, if this gun fits your needs and you’re looking for a scattergun that’s compact and bombproof the Tac-14 is definitely worth it.

While this is a subject question and answer. I always recommend you put your hands on a gun before you buy it to make sure it’s right for you!

The Remington Tac-14 is built on the 870 platform and is an excellent addition to the 870 shotgun lineup.

What is a Remington TAC-14 classified as?

The Remington Tac-14 is considered an “any other weapon” commonly known as an AOW.

How many rounds does a Remington TAC-14 hold?

The Remington Tac-14 has a 4 round magazine tube and can hold 1 shell in the chamber making it a 4+1 capacity shotgun. 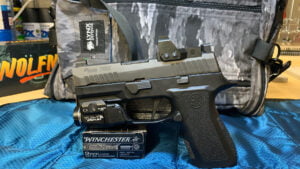 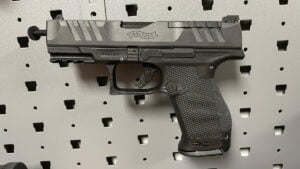 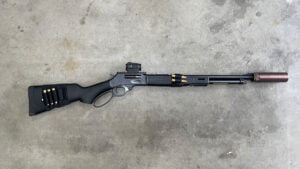