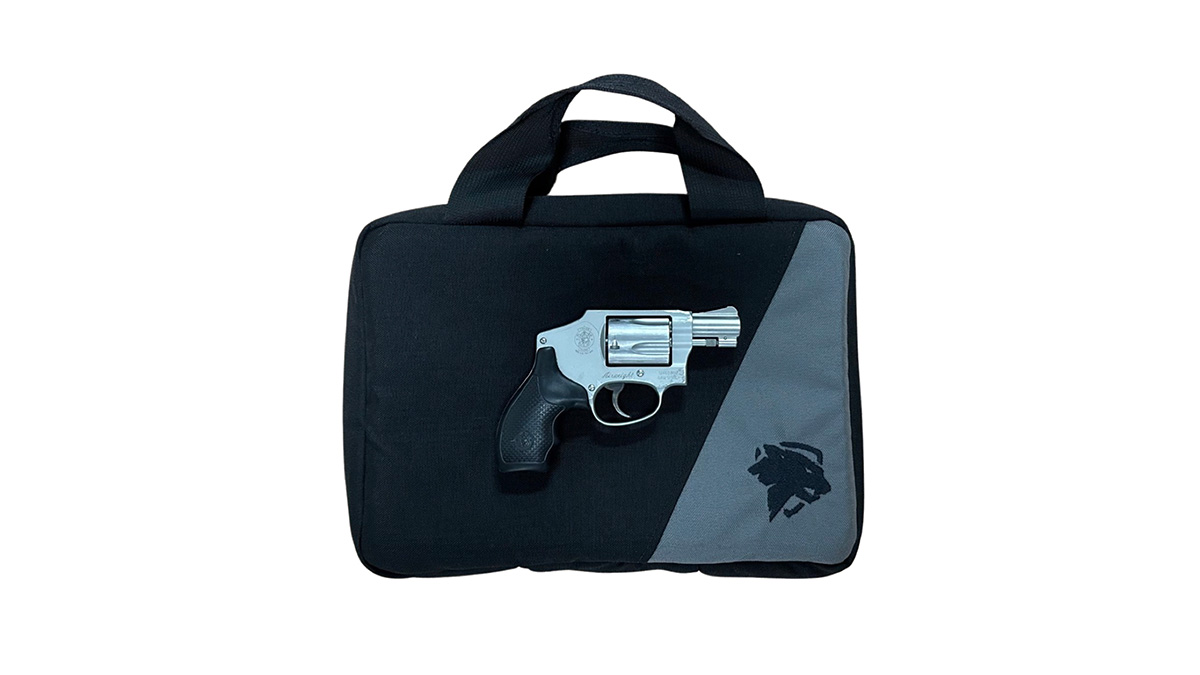 Smith and Wesson have been making pistols since the beginning of its existence. The Smith & Wesson Model 1 was the first gun they made and shot a .22 Short Blackpowder round. But firearms have come a long way and so have the time-tested revolvers. The Smith and Wesson 642 is one of the most popular J-Frame revolvers in Smith’s lineup.

I’m going to run down some of the most important things about the Model 642 and try to give you some insight into this pistol if you are considering purchasing it.

The Smith & Wesson Model 642 is a small, lightweight revolver chambered in .38 Special. It is designed for concealed carry and personal protection, and is made with an aluminum frame and a stainless steel cylinder.

The 642 is a “hammerless” design, meaning that it does not have a visible hammer spur.

This makes it easier to draw from a holster and reduces the risk of snagging on clothing.

Typically every firearm made starts with a purpose such as concealed carry, to fit a specific niche, or even just for fun.

The simplicity of use is also something that makes this gun perfect for carrying.

The grip on the S&W 642 Airweight features a J-Frame grip, which gets that name from the obvious “J” shape of the grip.

J-Frame revolvers are typically either a love or hate relationship for the shooter. I personally love a J-Frame grip, and the stock grips on the 642.

They have a somewhat rubber style texture and it just overall feels good in your hand.

This review wouldn’t be complete without talking about the trigger, action/hammer.

The 642 has a double-action trigger, meaning that pulling the trigger both cocks the hammer and fires the gun. It also has a built-in internal lock that allows the user to disable the firearm for safe storage.

The 642 is a popular choice for personal protection and has a reputation for reliability and durability.

It’s pretty apparently that there is no exterior hammer on this revolver like most revolvers.

But it does have a hammer, it is just an internal hammer, which means this gun is always a double action pistol.

Sights, or really the lack thereof, leave something to be desired. But with some practice they will get you by. I don’t think you’ll be making any precision shots from distance with these sights.

While they work they do lack any form of adjustment and since the rear sight and front sight are a part of the firearms frame you can rule out any aftermarket sight support.

The weight of this gun is extremely light, but with a name like airweight it has to come in with a reasonable weight.

In this pistols case it’s a cool 14.4 ounces which is impressive for an all metal gun.

The weight makes it a really attractive gun to conceal carry and to have on hand. The weight does however have a significant effect on shooting.

The perceived felt recoil will be higher on this pistol because there is less weight to counter act the recoil. It shoots much different than a revolver like the Ruger SP101.

.38 Special is a caliber of ammunition that is commonly used in revolvers. It was first introduced in 1898 and is still in use today.

It is a rimmed cartridge that is slightly larger in diameter than a 9mm cartridge, but shorter in length.

The .38 Special is a medium-powered cartridge that is suitable for a wide range of uses, including target shooting, personal defense, and law enforcement. It can be loaded with a variety of bullet types, including full metal jacket, hollow point, and wadcutter.

The .38 Special is often considered a good choice for self-defense because it has moderate recoil and is capable of good accuracy at close range. It is also relatively inexpensive and widely available.

However, some people may find the recoil of a .38 Special revolver to be too much for comfortable shooting, especially for those with smaller hands or less shooting experience.

Ammo can be pretty easily found for the 38 Special. Being one of the most common revolver calibers nearly any gun store or big-box-outdoor store will have it.

The Smith & Wesson Model 642 is a revolver, which means it has a cylinder that holds multiple rounds of ammunition.

The 642 has a capacity of 5 rounds of .38 Special ammunition in its cylinder.

This is relatively low compared to many semi-automatic pistols, which can hold anywhere from 10 to 20 rounds or more in their magazines.

However, revolvers are generally considered to be reliable firearms, and the low capacity of the 642 may not be a concern for some users who are primarily interested in personal protection and self-defense.

It’s worth noting that the capacity of a firearm is only one factor to consider when selecting a gun for personal protection.

The Smith and Wesson 642 has only a 5-round cylinder but many people choose to carry a speed loader to reload in the event it’s needed.

I find that revolver capacity is typically 5-6 on the larger caliber rounds and that seems to be plenty as these are often “get off me” guns but with practice can be stretched out to decent yardage.

The 642 features a stainless steel barrel and cylinder making it extremely durable.

One of the best holster options for any revolver, including the Smith and Wesson 642, is the Icon 2.0 made by Harry’s Holsters.

The simplicity and adjustability of the Icon make it unique in its class. It also comes with a built-in wing, which is a first for revolver holsters.

With any gun you are looking to purchase the aesthetics are going to play a factor. Guns that have great aesthetics typically bring a premium price, such as the Wilson Combat EDC X9.

The Airweight is a great looking gun coming in both silver and black finishes. These guns look fantastic and have very balanced silvers with the cylnder being a bit more shiny than the frame.

I find it hard not loving the look of this revolver.

Shooting the Smith and Wesson 642

Shooting the 642 can be a bit taxing and isn’t going to be a gun you will run hundreds of rounds through in a day, if you do your wrist might hate you later.

It is a shoot-able gun just not a good plinker. I would highly recommend putting some rounds though it before you carry so you can get use to the recoil and the sights.

The gun does have a lot of recoil and even more recoil when shooting +P rounds.

The “Airweight” pistol is a fantastic double action revolver for nearly anyone to carry or to have in your nightstand.

The pistol costs between $400-$600 depending on where you find it in stock.

A lot of people recommend this gun for females because it is a revolver which I don’t default to that. I think revolvers are a great option for someone who wants a a worry-free firearm.

This gun is great and I really like the weight and the simplicity this gun offers. If this revolver doesn’t tickle your fancy take a look at some other best revolvers.

Here are some of the most frequently asked questions about the 642.

Are all Smith and Wesson 642 Plus P rated?

Yes, the Smith & Wesson 642 “Airweight” is +P rated even for continuous shooting.