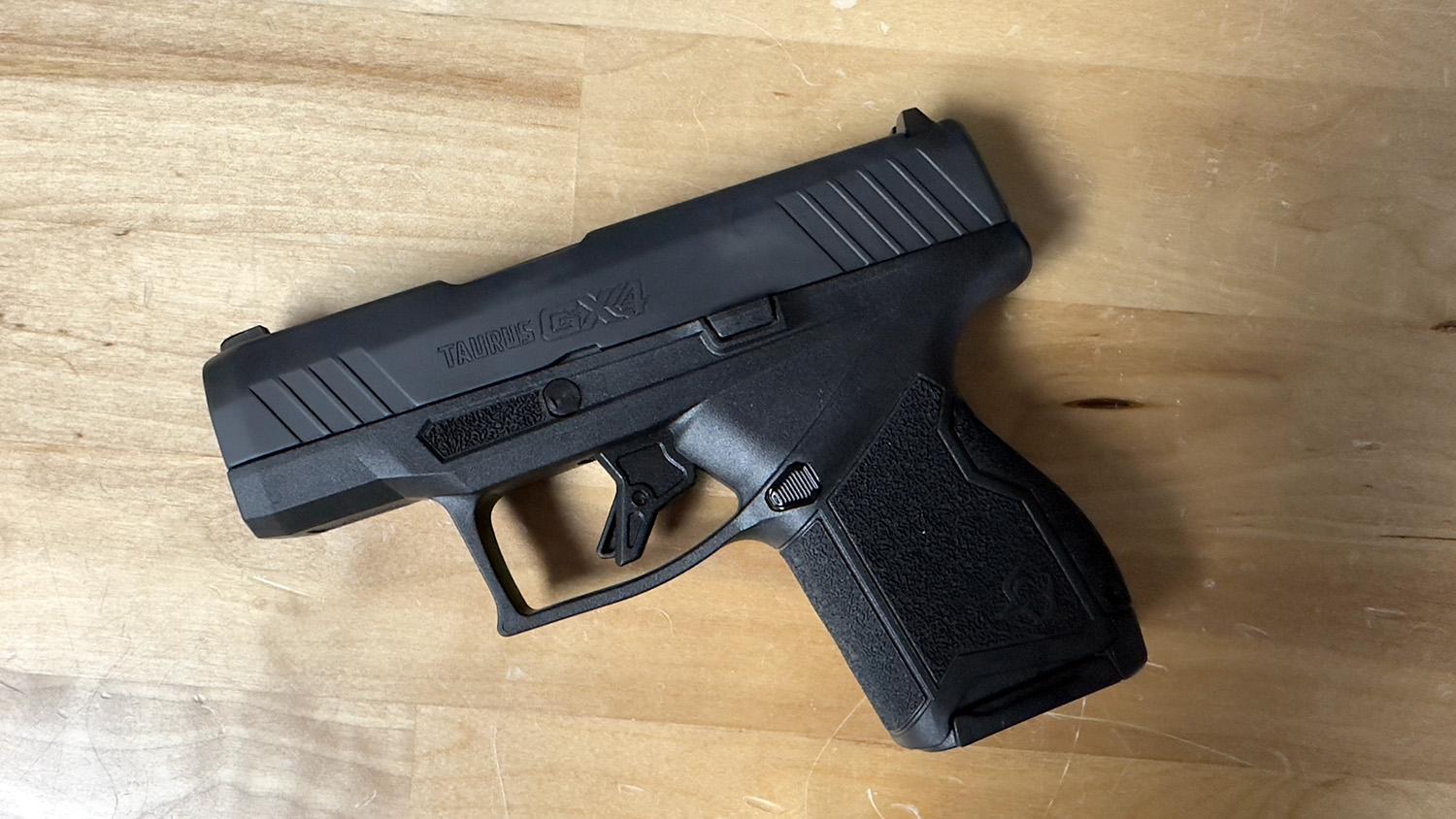 Taurus has been making moves in the semi-automatic pistol market. The Taurus GX4 hit with a splash with the standard Taurus price point but with an increase in quality, look, and feel.

I have been eyeing the GX4 for a while to see how the firearms market and community would receive the gun and to my surprise, it has gotten a lot of good marks. But that’s not to say the GX4 is without its issues.

One of the features of the GX4 is its fantastic price point. The gun itself is on the fact another polymer framed striker fired pistol.

But is that too simplistic? Maybe, maybe not, but I’m going to take a little deeper dive into the Taurus GX4 and give you my opinion on how Taurus did on this gun.

Grips can be really hit or miss on polymer pistols due to weird texturing or bag grip angles.

Fortunately, Taurus got almost everything right about the GX4 grip. I can’t say it’s perfect and some will disagree completely.

The texturing is abrasive and also visually appealing, which, lets face it that’s important to us.

The overall angle of attack on the grip is exactly what you would expect it to be at about 45 degrees.

Let most polymer grips the backstrap is interchangeable and it comes with one larger back strip.

Holding the gun feels solid but the smaller your hands are the more you will like this gun. The grip frame is extremely short and the magazines provide no extra grip length.

Some may say the sights are lackluster but Taurus used my favorite sight configuration on this gun.

The rear sight has no markings and the front sight is a single white dot. The sights provide a solid sight picture and aren’t obnoxiously large or overdone.

The only con, if you even want to consider it a con, is the front sight is not a night sight. Not an issue for me and at this price point I wouldn’t expect night sights.

With the GX4 you get a standard set of pistol controls, Taurus did not do anything revolutionary with the controls on this gun.

As I always say controls will make or break a gun, so time to dive in.

There is no manual safety on this gun. If you were hoping for a manual thumb safety you’re simply out of luck.

The pistol does have a trigger shoe safety, very much like the Glock safe action trigger safety.

For perspective, this gun is small. The whole pistol is only 6.05″ long so there isn’t much on this gun that you will find “big” or “large”. Maybe in relation to other smaller parts of the gun but not in the normal sense of the terms.

With that being said the magazine release is small. For reference, it’s about the size of a pencil eraser.

The magazine release is extremely easy to press and the magazine drops rapidly. Even a completely empty magazine will drop free of the gun quickly and easily.

The slide stop is probably my least favorite of all the controls. Again, it’s small and somewhat hard to use.

The grip frame is built up around the slide release and is nearly impossible to pull down with your thumb with an empty magazine in the gun.

If the gun is empty the slide stop/release works great and is very smooth. But since it’s not ambidextrous that makes it hard to pull down.

This may break in over time and if you have any experience with that being the case feel free to leave a comment below.

If you are a trigger person you are either going to love or hate the GX4 trigger. I like flat triggers, which is what the GX4 has.

The wall is clearly defined with this trigger and the break is extremely smooth. I personally like the trigger. The reset is back to the wall and with that, the only problem I’ve had with this gun is it not resetting. I was able to get it fixed but had to warranty it just to be sure.

Yes, it’s pricey but it will last a lifetime and it is made right here at home in the United States of America.

There aren’t many aftermarket accessories for this gun however the sights are a nice touch because they take Glock sights.

To carry this gun you’re gonna need a solid holster and with the size of the gun, you’ll want to conceal it. Otherwise, buy a larger-frame gun!

If you are looking for a solid concealed carry holster for the Taurus GX4 grab a Harry’s Holster’s Dirk. They work great and provide maximum concealability.

Best of all the Dirk holster doesn’t break the bank.

The look of this gun is solid for a carry gun. While it likely won’t be a timeless classic it is modern and has really good lines and design aesthetics.

I’m a stickler for stippling/grip texture and the Taurus GX4 grip is done really well. It is very similar to the Sig P320 and P365 grip textures.

The Taurus GX4 is a nice surprise from Taurus I think that if they continue to release guns like the GX4 they will have a lot of success in this micro-pistol market.

While I’m a huge fan of Glocks and even the P320 series of pistols the Taurus GX4 is a barn of a price.

If your budget doesn’t allow for the higher end of the pistol market I think the Taurus GX4 is a reall solid contender.

With the GX4 being new to the market there are a lot of unanswered (and answered) questions about the gun. Here are some of the most common questions and our answers to those frequently asked questions.

How much does a Taurus GX4 cost?

The MSRP of the standard model Taurus GX4 is $392.42. Other models like the T.O.R.O. and XL have a higher price point.

Is Taurus GX4 a good gun?

Yes, the Taurus GX4 is a solid gun for the money. While Taurus may have a slight QC issue and a few rocky issues out of the gate the gun has functioned well for many and continues to be a good gun.

Does the Taurus GX4 have a safety?

The Taurus GX4 has a trigger safety, similar to the Glock safe action trigger. But the GX4 does not have a manual thumb safety.