This gun is extremely easy to shoot, the ammo is cheap, and there are no crazy laws surrounding nearly all of the Ruger models.

Ruger is no slouch when it comes to different models of the 10/22. Over the years the 10/22 lineup has grown exponentially which is likely why the like hasn’t become stagnant and ignored.

The most recent Ruger has released the Tactical and Takedown models of the 10/22 and they have been massive hits.

Starting with the Ruger 10/22 Carbine, which is arguably the most popular model in the entire Ruger lineup.

This is the 10/22 that Ruger initially made and has been producing since 1964. I got my first Ruger 10/22 Carbine at the grand old age of 10. It was a wood stock with a Tasco sight and I truly thought I was on top of the world!

Still have it to this day and while I hardly ever shoot it, it holds so many fond memories with my dad it’s hard to not look at it and smile.

The carbine to me is meant to be in a wood stock but it does come in a pretty wide variety of options.

The Ruger 10/22 Compact comes in, you guessed it, a slightly smaller form. The synthetic stock version is the only version available in the compact variant.

Both guns feature the exact same action but the overall lengths do change the length of pull.

The compact 10/22 is likely to target the younger crowd and make it easier for them to control and shoot comfortably.

Ruger’s 10/22 Target rifle has a heavy-duty stock with a thumbhole and a large cutout.

The rifle has a bull barrel that features a heavy free float and a threaded barrel. Ruger Target’s barrel and stock are what set this model apart from the rest of the 10/22 pack.

The 10/22 Sporter and the Ruger Carbine are very close to the same gun. Even the barrel length is the same.

The most notable difference is the carbine model features a barrel band and the Sporter does not.

The sporter model has a ton of different color combinations and exclusive dealer builds.

If you want a specific sporter model reach out to your local store to see if they have the listed company as a distributor.

While the Ruger Tactical might sound awesome it doesn’t pack a much different feature set than the other Ruger rifles mentioned above.

The biggest difference is the Ruger Tactical has a threaded muzzle brake and a unique muzzle device. Lastly, it has a 1913 mounting rail on the receiver that allows you to easily mount red dot optics using a standard Picatinny rail.

The Competition rifle and the target rifle are very similar as well. However, Ruger did go all out on the barrel, stock, and muzzle for the competition model.

The competition rifle features an adjustable cheek weld that will rise very easily. Like the tactical, it has a 1913 rail on the receiver that allows for quick and easy optics mounting.

The safety selector switch is enlarged to make for an easier safe-to-fire transition.

The muzzle device is also designed in a way that sends any pressure or gas forward which will help reduce recoil, which is silly considering how little recoil a .22LR round has.

The 10/22 takedown is one of the most unique models because it breaks apart just in front of the bolt and ejection port. The barrel and the rear of the gun separate and allow you to break it in half and store it.

This makes traveling with and carrying the takedown model extremely easy to do.

One of the many added benefits of being able to break down the 10/22 the way the takedown model does is switching out the barrels.

The Talo edition rifle is exclusive to Talo Distributors and typically features a one-off configuration. For example, the Talo edition model number 21102 has an M1 wood carbine stock.

The number of accessories for the Ruger 10/22 series has grown rapidly over the years.

The number of available sights, barrels, triggers, and stocks has grown year after year. That’s likely due to the fact that the Ruger 10/22 continues to stay a top seller for Strum Ruger & Co.

I have always run a scope on my 10/22 rifle and I highly recommend putting some kind of scope or red dot on the rifle.

I always ran a relatively cheap scope on my rifle but had it on mounts that allowed me to use the iron sights under the scope in the event I ever needed to use them.

Hizviz is one of the few stock sight upgrades available for the Ruger 10/22. They are a really decent set of sights and add high-visibility fiber optic rods to your sights.

The barrel is one of the most important parts of any gun because it controls the accuracy of your shot.

There are some really solid barrels being made for the Ruger 10/22. Many competition shooters change out their barrels for heavy profile barrels with specific rifling to increase the accuracy of their shots.

Brownells has multiple pages of aftermarket and factory barrels available.

Most drop-in barrels are for the Ruger 10/22 takedown model, simply because it’s the easiest to change out.

Vaolquartsen is known for its innovative products for competition and accuracy-based shooting.

The lightweight barrel is made of aluminum and carbon fiber. While it is not a cheap upgrade by any stretch it is one that will deliver performance for your money.

The trigger for the Ruger 10/22 is okay but it’s not fantastic. It is one of those things that I could take or leave. Meaning, the stock is fine but it could be better.

Fortunately, there are some aftermarket options here are two.

Not sure if you want to call the Ruger BX trigger “aftermarket” since it’s a Ruger-made trigger.

But the BX trigger lowers the 10/22 trigger to 2.5 to 3 Pounds which is a substantial improvement over the stock 6 lbs trigger.

Here is a diagram of the Ruger BX triggers pull weight and distance, chart provided by Ruger.

A bit more expensive upgrade option is a Timney Ruger 10/22 trigger upgrade. They have a number of different color configuration options for the shoe and trigger housing.

The drop-in replacement will run you a pretty penny but it features a custom extended magazine release and a trigger set at 2 3/4 pounds from the factory, with no creep.

In general, one of the worst things about shooting 22LR are the magazines. They are either not big enough or extremely hard to load.

The stock Ruger 10/22 magazine is only 10 rounds, so if you want to have a higher round count in your mag, you’re in luck.

This magazine looks a bit different than what you are probably used to because they are two 25 round magazines modeled together.

Each magazine has a 25 round capacity and you can flip the magazine around and load the second magazine.

It’s a unique design but it will cause you to be more conscious of where you prop your rifle up.

There are higher capacity magazine options for the 10/22. ProMag makes drum magazines for AR-15 rifles, so it makes sense they have an offering for the Ruger 10/22.

Visually one of the biggest upgrades you can make is a Ruger 10/22 stock change.

Here are a handful of options for aftermarket Ruger stocks.

The Magpul Hunter X-22 Stock is very similar to the Ruger American Hunter rifles stock, in fact, it is just a scaled-down version of that stock.

This stock has multiple sling attachment points and an adjustable length of pull. Best of it’s Made in the USA.

Another nice stock from Magpul is the Backpacker. You might guess from the name that this stock is specifically made for storing in a backpack.

This stock is made for the Ruger Takedown model. One of the coolest features of the Backpacker stock is the extra storage your get build into the stock.

This stock allows you to clip the removed barrel to the stock when the gun is taken apart to allow you to easily store and transport the rifle.

SB Tactical has also made its own Ruger takedown stock and it takes a much different style and route than the Magpul takedown stock.

Much like all the other stocks mentioned it is a drop in stock.

ATI is probably one of the oldest stocks made for the Ruger 10/22. It may even be the original stock to allow you to make a “tactical” 10/22.

If you are like me you remember seeing this stock in the Cabelas catalog.

Now it’s time to answer some of the most common Ruger 10/22 questions.

Yes, the Ruger 10/22 was one of my very first guns. To this day I still remember getting it for Christmas and while I don’t shoot it as much anymore it’s one I will always look back on with fond memories.

The Ruger 10/22 is still very much in production and continues to be one of Ruger’s most popular rifles.

No, the Ruger 10/22 is typically not considered an “assault rifle” even by most anti-gun peoples standards. 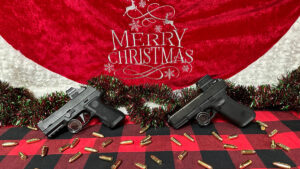 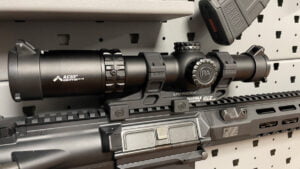 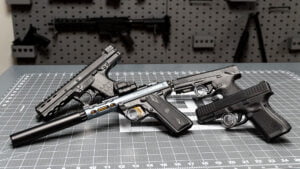